Well, we have recently acquired a new family member – which I couldn’t be more happy about.   Seriously, I love him too much.  Kdin complained that I wasn’t this excited when him or his sister was born, whatever…

Bo, is the best family member that I could ask for.  He’s awesome.  He’s so quiet, doesn’t take up much space, he don’t eat much and for the most part he is pretty well behaved.  He’s not the sharpest tool in the shed as he is missing some much needed parts – but I don’t mind.

Day in the life of Bo…

He woke up early this mornin’ to get some work done in the office.  He thinks he’s such a smarty pants. 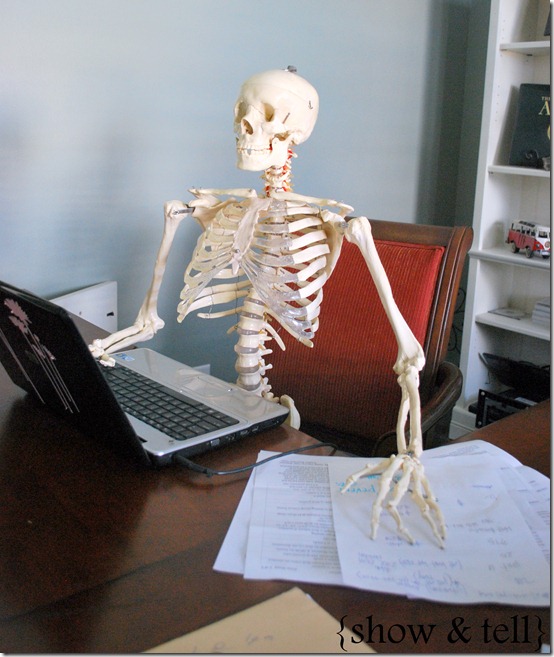 Then, he said he was hungry.  So a little apple and a lemonade did him fine. 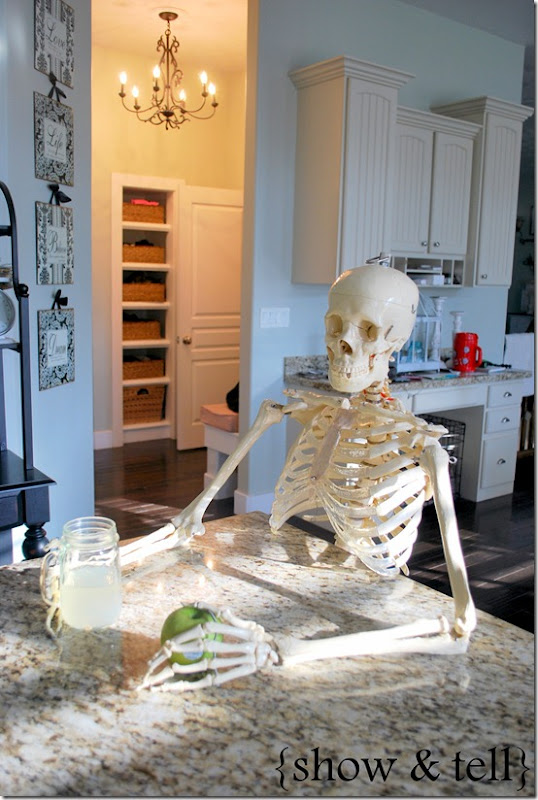 After his snack, he decided to catch up on some reading.  But then he fell asleep.  Super short attention span. 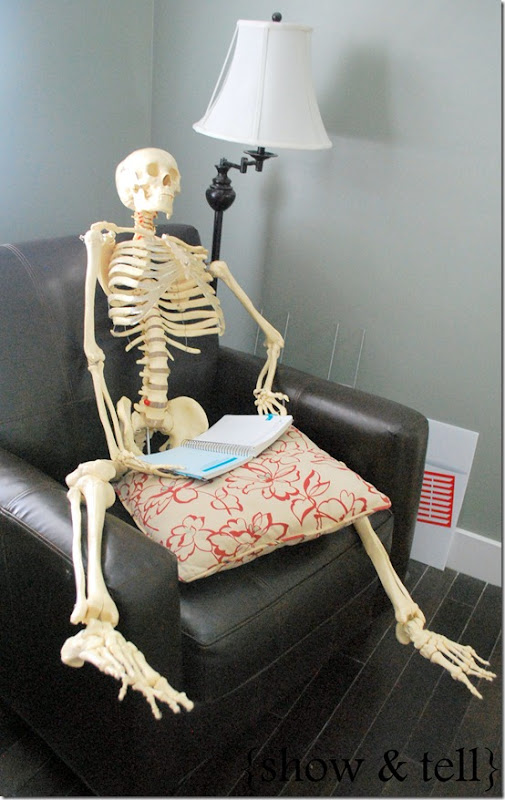 Then Bo needed to use the facilities.  That apple went right thru him. 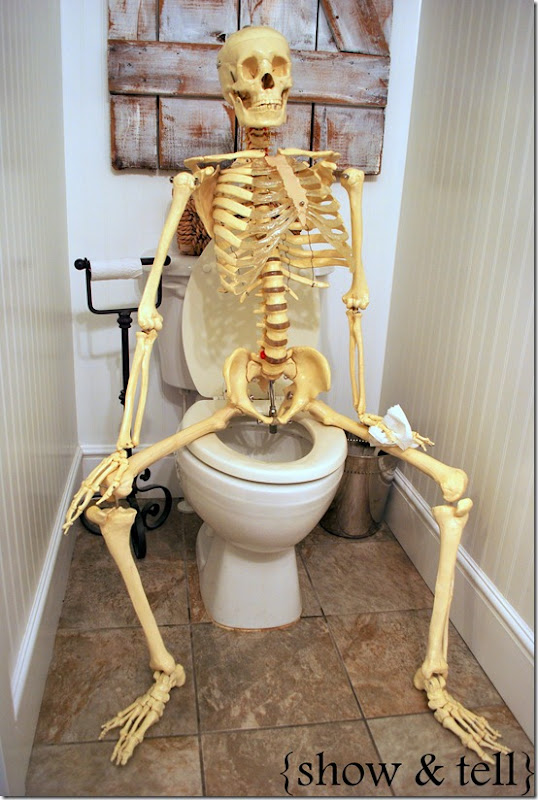 And then I caught Bo snugglin up with Zai’s baby doll in Kdins bed?  What?!  He does look so peaceful…rest in peace Bo. 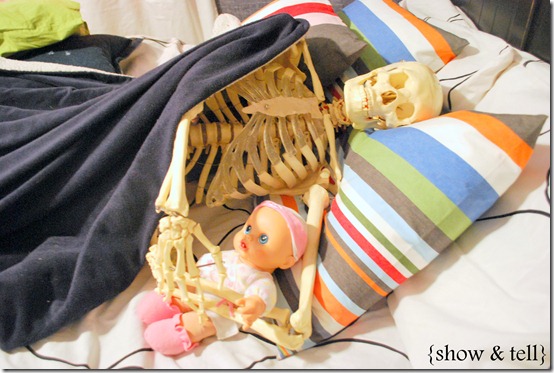 So, after I kicked Bo out of bed he decided to take a ride.  Whoaahhh!!  Not in my bus – get your own wheels Bo. 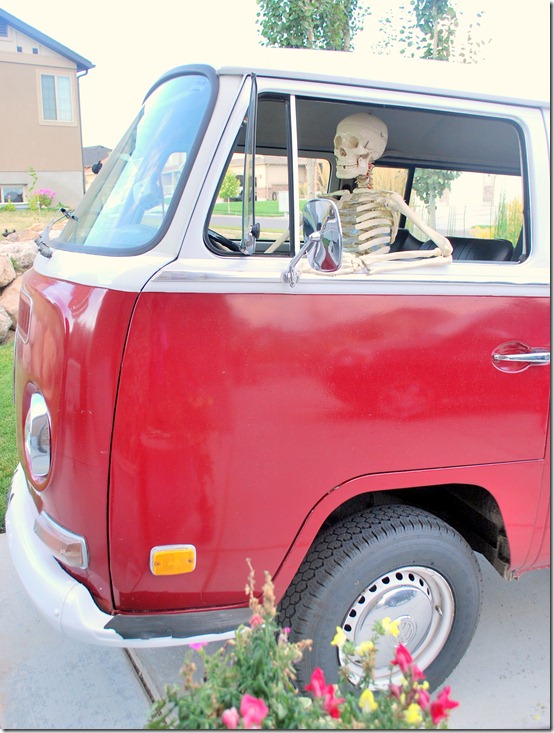 All in all Bo is a good addition to this family – right now he is snugglin on the couch with the kiddos before bedtime watchin some TV – ahhh..…he just loves those kids. 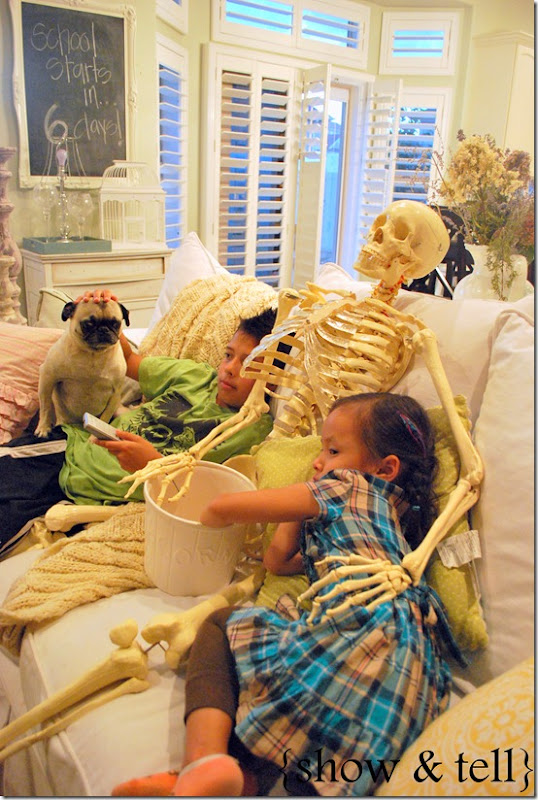 PS**I bought Bo for $75 off the local classifieds – I was SO freaking excited to say the least!!  I have wanted a decent, non plastic skeleton FOREVER – but I didn’t want to pay $300 for one.  I got him from a super sweet guy that said Bo used to be used as a teaching tool in his former life.

Bo was supposed to just be a halloween decoration, but Bo’s got spunk I tell ya.  I don’t think I can stick him away in a box and just bring him out for a short halloween season – I will find a way to incorporate Bo into my everyday house.  Oh yes…I will find a way….***

PSS**I am not a morbid weirdo, really im not.  Skinny, brainless boney dudes need families too**

****NO, BO IS NOT ACTUAL HUMAN REMAINS, HE IS MADE OF A HARD MOLDED SOMETHING – I DON’T KNOW WHAT THE ACTUAL PRODUCT USED IS?!****

{Air date for my 5 minutes of fame on the Nate Berkus Show!}
Scroll to top